A welcoming "Grüss Gott" from the Hotel ADLER in Damüls

... we would like to extend a warm welcome to the most traditional hotel in Damüls, and look forward to introduce you to our gourmet cuisine and excellent wines.

Damüls has one of the loveliest and most extensive ski areas in Vorarlberg. Since being connected up with the Mellau area, it now offers 109 km of excellently-prepared ski runs, as well as more than 19 km of prepared cross-country ski tracks and winter footpaths. Damüls offers plenty of choice for off-piste ski tourers, too. In short, our village is a real little winter sports Eldorado! Don your skis outside the hotel after breakfast, and ski right back to your doorstep in the evening.

The hotel is family run by Patrick Breuss in the third generation! The host and the team is looking forward to welcoming you at our house! 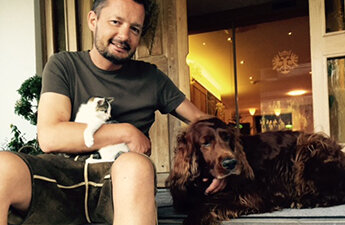 From court house to luxury hotel

The history of the Hotel Gasthof Adler is one of the most fascinating in the region. The main building with its cosy parlour is now over 600 years old. It is thought that the present Hotel Adler was built at the same time as the old Damüls parish church.

The centrally located building was first documented in the year 1636, when it was used as a court of law. In 1774 it functioned as a community centre for youngsters and old people. Then, when Maria Theresia introduced compulsory education, a schoolroom was housed in what is now the rustic parlour (Bauernstube). So, over the years, the Adler has housed a court house, a community centre, an inn and a school. In 1934, due to lack of money, the parish of Damüls sold the Adler to the Vorarlberg regional authorities. Only four years later, in 1938, the ancient building was bought by Leo Breuss. As the years went by demand grew, and the hotel’s 25 beds became inadequate, so the couple decided to double its capacity.

Son Norbert together with his wife, Annemarie, took over the running of the hotel, continuing with the enlightened policies of his father until 2004 when the Adler was taken over by Patrick Breuss. Since that tim he is responsible for the successful running of the hotel and soon after the takeover he begun with the planning of the new building which is opened in December 2017.

In 1950 the decision was taken to double its capacity.

In 1974 son Norbert, together with his wife, Annemarie, took over the running of the hotel.

In 1980 the Adler has upheld the official 4-star category of the Austrian Hotel Authority.

In 2004 the hotel was taken over by Patrick Breuss who runs it successfully since then.

In 2017 the new building with wellness complex, Adler Lounge, new suites and an underground connection to the main house is opened. 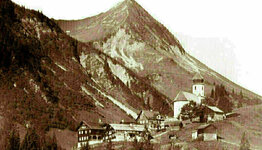 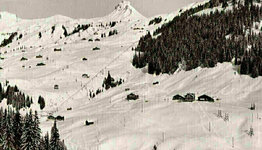 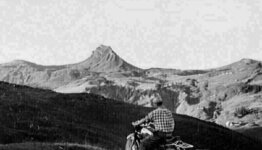 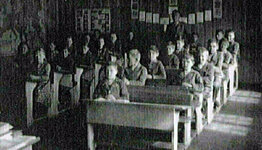